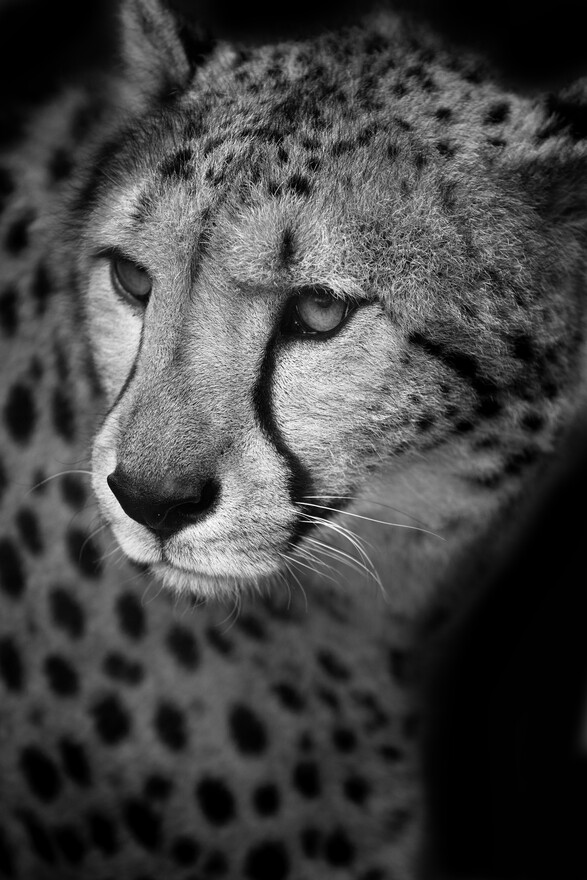 My work is mainly based on animal personality. Animal personality has many definitions, a simple one is mentioned in the review or Carter et al., 2013: Animal personality refers to between-individual differences in behaviour that persist through time. The challenge is to really observe personality, because there is a need to assess the animal over a long period of time, which is complex with a wild animal: when you watch an animal for a short period of time, the personality assessment is difficult. The project “Inhumanity” was born during my Master in Ethology (Study of Animal behaviour) after my veterinary studies. I was working on animal personality compared to human personality and I had the chance to give a lecture about this subject. I noticed that students had difficulties making connections between their observations and the personality trait of the animal. I decided to describe animal personalities with pictures to help them. Working in Zoo helps me to observe animals for a long period of time, with less risk of disturbing them. Moreover, I also want to reduce my carbon footprint and avoid taking a flight when an animal I want to study is near me. I am more of an animal portraitist than an animal photographer.

I wanted to observe cheetah personality as there are plenty of scientific papers on the subject (it’s important for zookeepers and scientists to understand personality for the animal welfare, but also to increase the chance of reproductive success). The publication of Razal et al., 2016 mentioned five personality components: insecure, aggressive, interactive, active, and unsociable. My goal was to observe the “insecure” personality trait. I was traveling for personal reasons near the Zoo de la Fleche. As it was during the week, the perfect moment to really observe animal in a zoo, I decided to take one day to observe Cheetah in this zoo and decide if I had to come back for 2-3 days of photo-study (most of the time, I need 4-5 visits of a group of animals to manage to have THE picture). I was lucky, I was seated for 3 hours close to the cheetah group and one of them decided to approach me. He was in front of me but looked behind to observe the other members of the group. This is the expression when I took this picture. People usually think it’s easy to take animal pictures in zoos… it’s not: you cannot choose the place for observation, you have to take into consideration other visitors (children), but also deal with the environment, like fencing or windows.

My project is to help spectators to see the personality of an individual. I decided to turn all the images into Black and White to focus on the expression and not the colour or the environment. Moreover, I take time to post process the image afterwards: mainly I use the density tool to create the black background. The focus must be on an individual and not having any additional information (like colour of the animal, or an environment). My objective is to ask the question "Who is this individual?".