Selection of August 2022: Look away by Lynn Emery 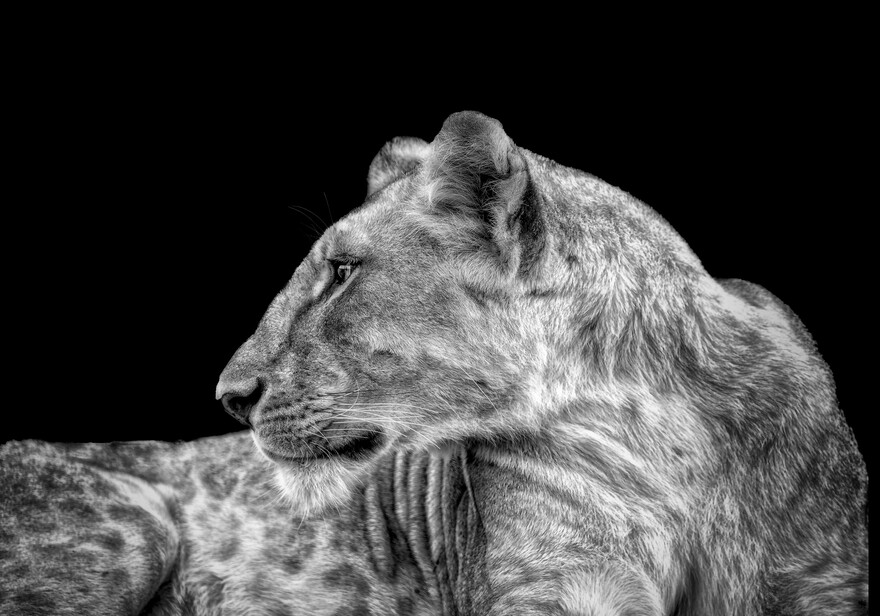 Look away by Lynn Emery

The image was taken in the Masai Mara on 3rd of August 2017. This lioness was sitting away from the pride, in the full late afternoon sun. She was a young lioness approximatively 3 -5 years old; this was determined by the spots on her underbelly which generally disappear with age.
I particularly liked the angle of this shot and the interest it generated, as to where she was looking. The image was taken during the day, however with a black and white conversion the image takes on more of a fine art print.