Selection of December 2020: From the Abyss by Johan Siggesson 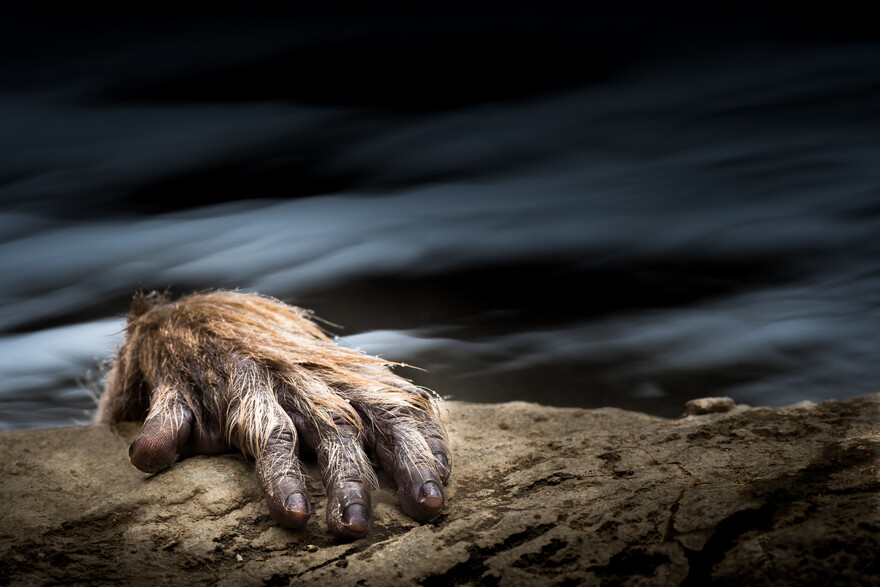 From the Abyss by Johan Siggesson

In 2017 I was co-guiding a photography tour to photograph winter wildlife in Japan. Initially, the tour took us to the northern island of Hokkaido to shoot swans, owls, cranes etc. The last stop of the tour was back on Honshu which is the main island of Japan where we spent 2 days with the Japanese Macaques also known as Snow monkeys. These monkeys are a very popular subject with nature photographers and have been photographed and filmed over and over again. Photographing the Snow Monkeys in Hell Valley in Japan is easy. They are everywhere, they are close and they are not afraid. At the same time, this also make it incredibly hard to achieve something different and unique. During my first day with the monkeys, I was a bit overwhelmed and found it hard to get the creative juices flowing. I think I was a bit stressed with all the monkeys running around. In fact, I found it hard to concentrate. I got the usual shots and tried a few other things, but didn’t manage to create anything special. On the second day I felt more relaxed and could focus on different images. It is a great thing to visit a location more than once.

These animals are often portrayed sitting in hot water pools in this one specific valley in Japan. This pool is fed by the natural hot springs in the area. Bathing in the hot water is a learned behaviour and Snow monkeys in other areas of Japan don’t act in the same way. Due to this unusual behaviour the area around this pool can be very crowded with a mix of tourists and photographers. It can be hard to find a good spot for your photography. While shooting the monkeys resting in the hot pool, trying to capture their amazing facial expressions etc, I noticed that if I composed the image in a certain way it would look like an almost human-like creature is climbing up from below and is just about to reach the top. To make it look like this I couldn’t include any other part of the monkey so there was no choice on the composition really. I had to place the hand in the left side of the frame to avoid including the head.

This particular shot required very little post-processing. I have done some minimal cropping and some adjustment of shadows and highlights. Shooting in raw also required a bit of sharpening.