Selection of March 2021: Look into my Eyes by Lynn Emery 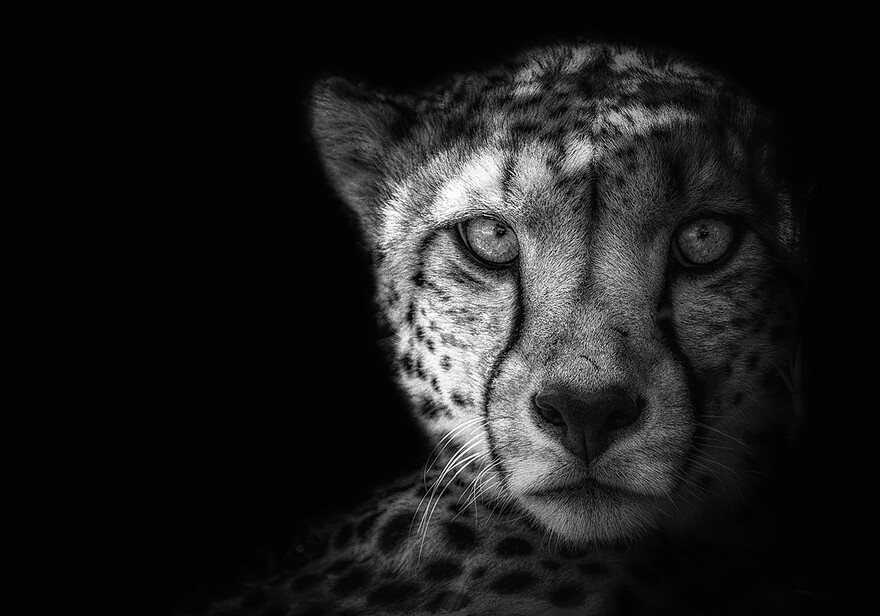 Look into my eyes by Lynn Emery

The image was taken in Mugie Conservancy in Laikipia in Northern Kenya in October 2016 when we were lucky to come across two cheetah brothers.

This male cheetah is known as Zuri and he is the brother of Amaka, the brother cheetahs roamed the conservancy for many years, however in 2016 Amaka broke his hind leg and was in a bad way and it was feared he would die, however because of the close and quite rare bond between the brothers Zuri (the cheetah in the image) continued to hunt on his own but would call for Amaka to feed on the kill. Both brothers were taking refuge from the midday sun under a bush when we came across they were sat quite motionless although Amaka was clearly uncomfortable from his injury. We positioned the vehicle not too close but as I was shooting with a 100-400 lens I managed to get a few relatively close up shots. The look in the cheetahs' eyes were my main focus when composing the image as you could sense the protectiveness, he had over his brother.

Post processing in photoshop the original image was cropped and desaturated. The dark shadows of the bush were then darkened in order to create a black background. I always prefer, if possible, a dark or blackened background in order that the main focus is then on the animal subject.