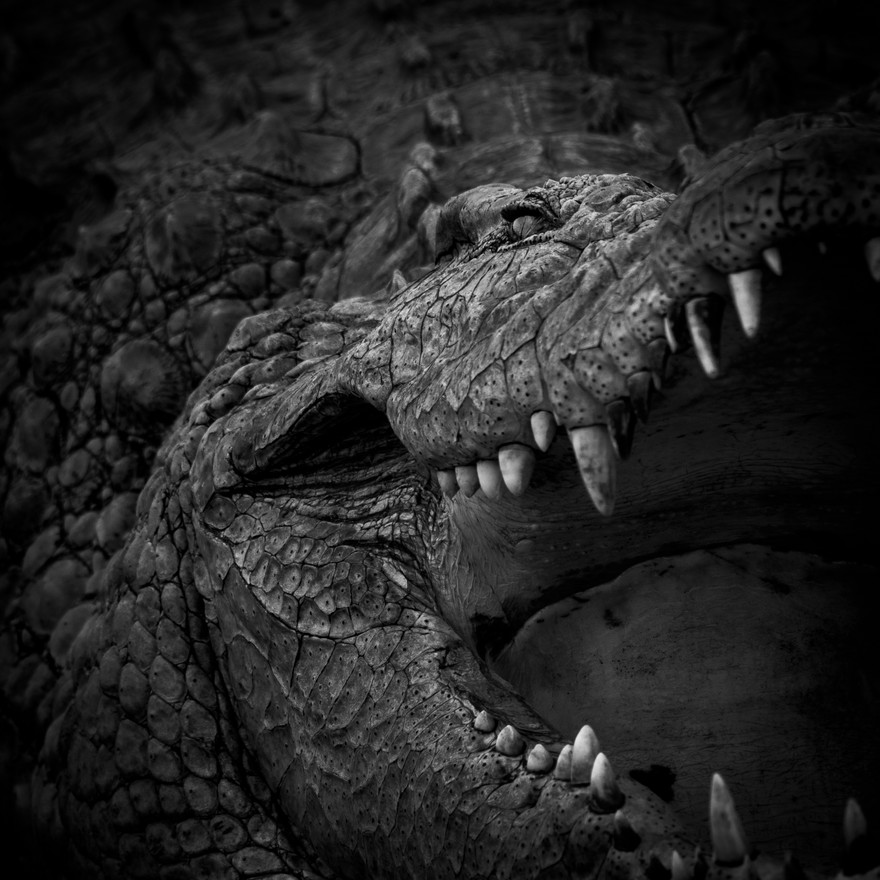 This picture was taken on August 15th 2018, in the national park of Hwange in Zimbabwe. We were there in the middle of the day. With my ranger we had decided to go further into the extraordinary bush (large as half of the Belgium). The weather was very warm, and we progressed slowly to a pond.

Nearby a crocodile was lying on the ground. I imagined it was asleep as the heat was oppressive. That was not the case, this strong crocodile just finished eating a baboon and it was digesting his meal. Its eyes were opened and fixed on me. I was nervous, as the way it was looking at me was impressive.

I wanted to express my emotion at this moment, in this photo. Taking a picture in midday is not so easy, the sun is very high and the light very hard. To express my emotions, I zoomed on its stare, focusing on the iris of the crocodile. I took my pictures in black and white in the camera. The crocodile’s skin is very graphic. It gives an impression of a 3D. More than just the stare, I wanted to show that crocodiles are related to dinosaurs. We can easily imagine they belongs to the same family. The black and white lets us see it better.

Once my picture was developed, I chose to transform the 4x3 into a square, which allows our eyes to better focus on the stare. By choosing a square format, I cut off a portion of the jaw, making its look more impressive. I darkened the picture, and lightened the eyes, and at the end, I made a little “thumbnail” to accentuate this effect, which helped me to highlight in the photo my emotions. Crocodiles are known for their teeth and jaws, but never for their eyes and that’s what I have tried to highlight… the title was found!