Selection of June 2020: A l'affut by Thomas Vanderheyden 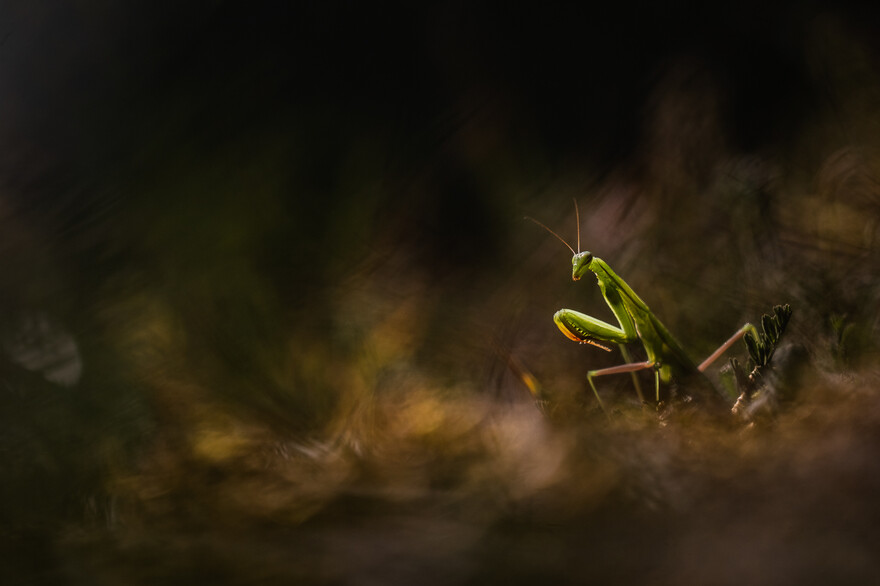 A l'affût by Thomas Vanderheyden

Like every year, I decided to go and photograph the praying mantis in a place that I know very well. It is such a fascinating and intelligent insect in their posture and gaze. I'm never sure if I cross paths with them, but as soon as I arrived I came across a nice specimen in the juvenile stage.

The place being a dry meadow, I did not want to move the subject on a support but to leave it on the ground and to play with the grasses in order to obtain the desired effect on the composition of the photograph. What was interesting was to observe the praying mantis, its changed pose, pace according to its desires. I kept 3 pictures from this outing including this one, the posture reminds me of a predator on the lookout.

It was in the middle of the day, so I measured the light on the subject, which automatically darkened the background. The hardest part here is having a subject that is too clear. I then took several shots until I found the right compromise on the settings to have a well exposed subject and a dark background but in which the details and textures of the bokeh are visible.

In post-processing, I use camera raw which has the same engine as lightroom, I use the basic functions (luminosity, contrast, saturation, detail, etc ...) and I play on the contrast curve in order to have a stronger contrast between the subject and the bokeh. I then add a small radial type vignetting to guide the gaze on the subject. The background and its effect is achieved when shooting, I use a Samyang 135 F2 telephoto lens and it is very useful in my composition and structured bokeh production.